With effect from 1 January 2020, the much-debated new global curbs on sulphur emissions from shipping are coming into force – and with them come fears of a new wave of seafarer criminalisation. Andrew Linington reports on the potential downsides of a necessary anti-pollution measure

The latest Seafarers Happiness Index, published by the Mission to Seafarers and the Shipowners P&I Club after a survey of seafarers, revealed that many crew members are increasingly alarmed by the prospect of being scapegoated for problems linked to the 0.5% cap on the sulphur content of fuel.

'The report indicates that there is a widespread fear of blame for non-compliance, suggesting that some seafarers don't feel prepared for the cap,' the two organisations warned.

Feedback to the survey showed many seafarers feared being penalised through no fault of their own. 'They were worried that they may not always have the correct data, and indeed, that tough inspections can get them into trouble with the authorities,' the report adds. 'There are real fears about drones sniffing funnel emissions and the crew being found guilty.'

Penalties for non-compliance with the new 0.5% limit, made mandatory under Annex VI of the International Maritime Organization (IMO) MARPOL Convention, will include big fines or lengthy jail sentences in some countries, as well as ship detentions. Within designated emission control areas (ECAs), the limit will remain at 0.10%.

Marine insurers say they are braced for a spate of claims arising from the new rules, including engine damage caused by poor quality fuel, off-spec bunkers being loaded on ships, and scrubbers ceasing to work at sea.

And P&I clubs have warned that port state control authorities are set to take 'a robust and consistent approach to compliance' with the rules. 'In order to establish whether a ship is in compliance, Port State Control (PSC) inspectors will likely focus their attention on documents and procedures maintained onboard,' the UK Club points out. 'It is important therefore that ships' crews are aware and familiar with the new regulations, associated documentation and procedures and are able to confidently demonstrate this knowledge to a PSC inspector.'

Some port state control inspectors will carry portable sulphur testing kits, and if the results of these tests are inconclusive, or indicate potential non-compliance, then additional sampling will take place for verification ashore, the club added.

Maritime lawyers are also warning of the complex legal consequences posed by the new rules. London-based practice Norton Rose Fulbright recently highlighted the need for crews to be properly trained and made aware of the importance of accurately recording information in the ship's logs such as the date, time, and position of the vessel when a fuel oil changeover occurs, as well as the volume of low sulphur fuel oil in each tank.

The law firm also warned that seafarers on ships fitted with open-loop scrubbers 'need to be aware of the risk that they may not be permitted to operate these within the territorial waters of certain port states. They will need to ensure that they will be able to procure compliant bunkers in those jurisdictions'.

It's clear that some countries are already adopting a no-nonsense approach to compliance. Just over a year ago, in the first case of its kind, France fined the master of the P&O Cruises vessel Azura €100,000 for using fuel that was 0.18% over the sulphur content limit. Nautilus general secretary Mark Dickinson said the case had set a worrying precedent, criminalising masters for the quality of fuel on their vessels.

The Maritime & Port Authority of Singapore has warned that masters and owners found to be breaking the rules could face up to two years in prison and fines of up to S$10,000 (€6,666). China has taken a tough line with ships caught exceeding its ECA limits and authorities in Taiwan recently announced that four ships had each been fined NT$100,000 (€3,000) for breaching its air pollution regulations.

In August 2019, the chief officer of the Panama-flagged tanker Ocean Princess was fined US$3,000 for violating the US ECA sulphur limits. Both he, the master and the chief engineer officer were all sentenced to three years of probation, during which they cannot return to the US on a ship.

Many countries have also introduced bespoke regulatory requirements for the enforcement of IMO 2020 in their ports and waters. In Hong Kong, for instance, all ocean-going vessels (above 500gt) are required to switch to low-sulphur fuel (or Liquefied Natural Gas (LNG)/or similar approved fuels) while at a berth. Contravention of the rules can result in masters and owners facing prison sentences of up to six months and a maximum fine of HK$200,000 (€23,212).

Nautilus members have highlighted a range of safety and operational concerns, including incidents of power loss when changing fuels, lubrication issues, filter problems and leaks 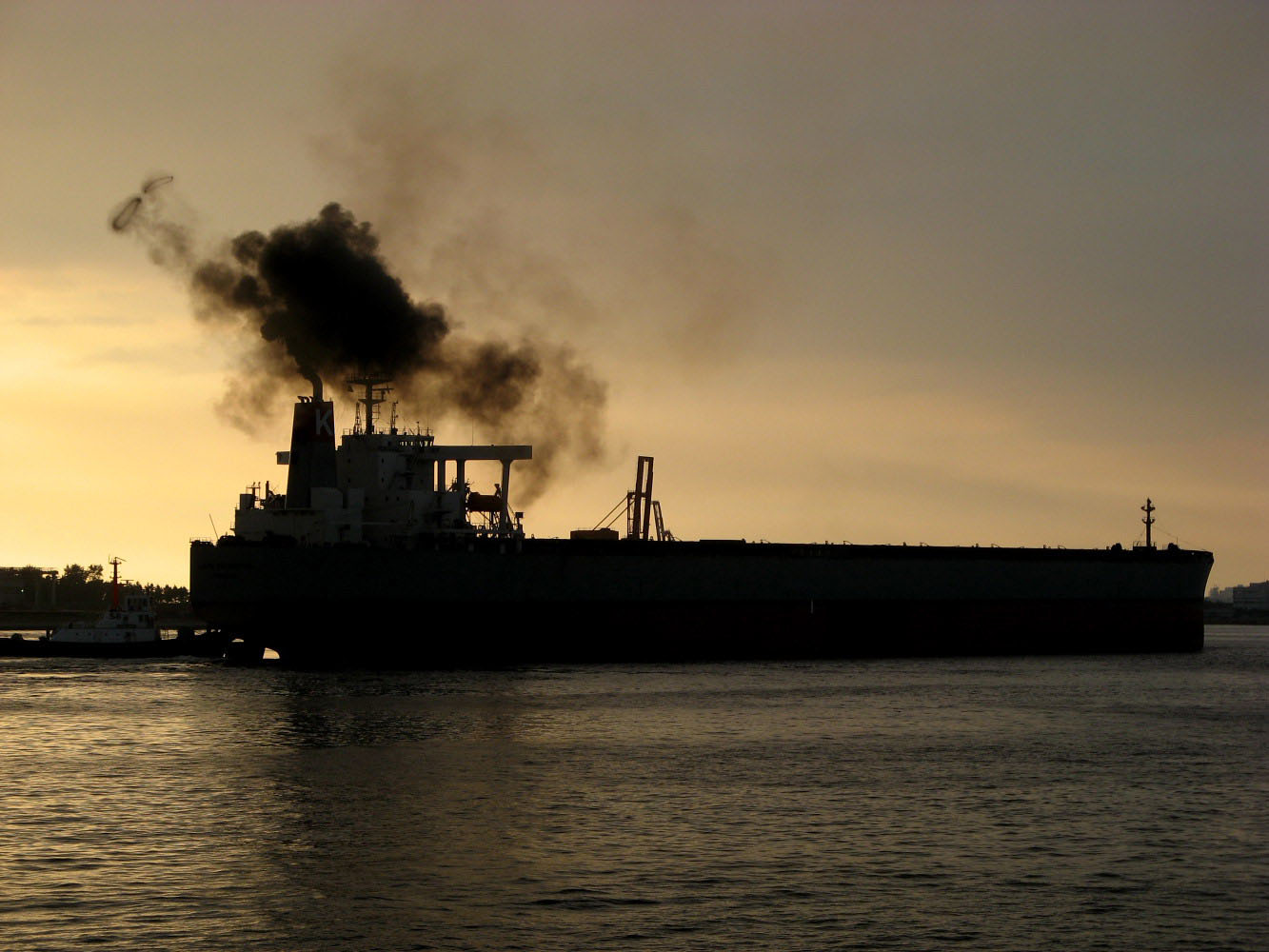 US legal firm Winston & Strawn has described the prosecution in August 2019 of the master and two officers from the tanker Ocean Princess as ‘a clear warning’ that the new IMO 2020 rules will be rigorously enforced.

The case – which was brought after a US Coast Guard inspection of the ship revealed discrepancies in bunker delivery records – was the first in which the US Department of Justice brought charges arising from a violation of MARPOL Annex VI regulations.

‘This case is another example, as if yet another one is needed, of how easily otherwise good companies and seafarers can get themselves into serious trouble by neglecting the strict requirements of MARPOL and its required recordkeeping,’ the law firm commented.

‘The master, an 80-year-old veteran seafarer with almost 45 years’ sailing as a master, stated in his pre-sentencing submission that he simply followed the practice he found onboard. But by failing to stop a practice he knew, or should have known, was wrong, he ended his career with a criminal conviction, following a period of 408 days of detention on St Croix,’ it pointed out.

‘Times have changed significantly since the Ocean Princess’s master first commanded a vessel in 1975, and they will continue to change,’ Winston & Strawn concluded. ‘This case serves as a clear warning to internationally trading vessels in advance of the IMO 2020 start date that the new regulations governing marine fuel standards are likely to be enforced just as strongly as the well-established laws governing oil discharges.’

However, it's not only the threat of increased criminalisation that is worrying seafarers. Nautilus members have highlighted a range of safety and operational concerns, including incidents of power loss when changing fuels, lubrication issues, filter problems and leaks.

And concerns have been raised that the addition of biodiesel to reduce sulphur content will increase the risk of microbial influenced corrosion of fuel tanks and systems.

P&I clubs have stressed the need for shipowners to ensure they have sufficient numbers of well-trained seafarers to deal with these additional demands. But questions are being asked about the extent to which many companies have gone to address these needs.

Whatever method is used to ensure that a ship complies with the rules, P&I clubs warn of the importance of meticulous record-keeping – especially in such areas as fuel quality sampling and verification, purifier condition, and all aspects of the tank cleaning process.

A joint industry project was established to investigate the safety and operational concerns arising from the new rules, and has produced a 64-page guide to mitigating the problems, emphasising the crucial importance of good onboard fuel management.

ExxonMobil reinforced this guidance, highlighting the need for high standards of crew training to avoid such risks as inadvertently mixing non-compatible fuels in tanks, or failing to properly handle fuel selections onboard.

Nautilus professional and technical officer David Appleton commented: 'Whilst we firmly support the moves to improve the shipping industry’s environmental performance, it's clear that IMO 2020 is imposing a massive new burden on seafarers, both in terms of workload and in their exposure to potentially huge fines and criminal convictions.

'It's essential that shipping companies do all they can to provide their masters, officers and crews with the training and resources required to ensure compliance with the new rules,' he added. 'These are complex requirements, with complex and varied enforcement mechanisms, and our members need to be protected against the threat of legal proceedings arising from inadvertent infringement of the rules.

'As ever, Nautilus will support members who are exposed to unwarranted criminalisation, and it is also important that they contact the Union should they be pressured to cheat the system in any way by management.'

Safeguarding the future of British Maritime